NEW REGULATION: With effect from 1st of November until 31st of March, it will be compulsory to equip vehicles with 4 or more wheels, with winter tyres or snow chains/socks in specific locations in France.

During this current year, a new regulation has been introduced in France regarding the transit of all types of vehicles with four or more wheels at specific zones in the French mountains.

What is the exact purpose of this new measure?

What does this new regulation entail, for which period of time and which areas are affected? 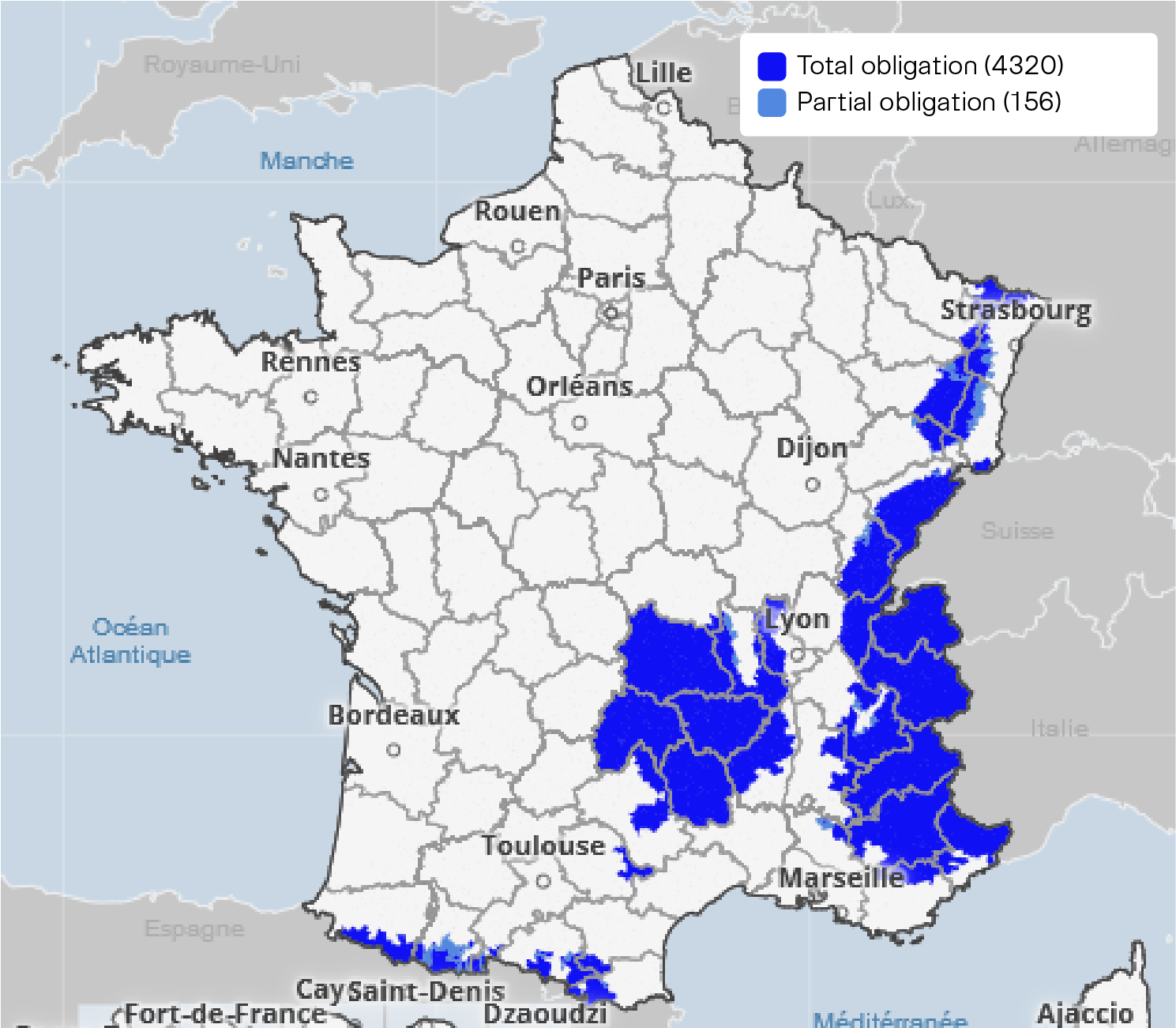 Effective from 2021 onwards, during the winter period (from 1st of November until 31st of March each year), it will be compulsory to carry snow chains/socks or winter tyres in your vehicle when driving in the following areas: Alps, Corsica, Massif Central, Jura Massif, Pyrenees, and Vosges Massif.

Are the following areas signposted?

Yes, the affected areas have a new traffic sign at both the entrance and the exit, indicating to drivers that having the proper equipment is compulsory for transits through these areas.

What do I need if I am to drive in one of the affected areas?

You should have one of the following materials on board of your vehicle:

Vehicles with studded tyres would be exempt from this obligation.

IMPORTANT: The use of other winter tires will remain possible until 1st of November 2024,  however, vehicles will still need to be fitted with chains.

Different options available, depending on the type of vehicle.

In case of driving without a trailer or a semi-trailer:

In case of driving with a trailer or a semi-trailer:

You can find more information on the official French government website via this link.

Supply chain crisis. Are we all going cold turkey this Christmas?
Scroll to top